I cannot imagine a time in my life when I will want to stop learning. It’s unfathomable to me that anyone could ever reach such a point. In the so-called “age of information” in which I grew up, it seems more and more unlikely that such a thing could ever happen. We are bombarded constantly with information from all kinds of sources for all sorts of purposes. We absorb perhaps more information by incidental and accidental exposure than we do from focused investigation. To more and more children, school must seem to be just one more source adding to the sea of information flowing in and out of their lives, rather than the primary one that it was in the past.

Whether or not this inescapable barrage of information is good or bad, it has certainly complicated questions of information science, most notably the question of what is information and, building upon that outwardly simplistic query, how and why people seek information. What makes someone go to a library reference desk when a browser blinks temptingly with an empty Google search bar? When do we notice we need information? Why do we not ignore these needs? How can information retrieval systems be designed to most efficiently assist people with their needs, complimenting their information seeking behavior?

It was the plethora of these kinds of questions which first interested me in attaining a Masters in Library and Information Science. My mother had been a school librarian for most of my life, and while she had two Masters Degrees, neither were an MLIS. I considered following her into school librarianship, but as I was completing my Bachelors in English, I found myself drawn to the academic questions of information science that concerned my generation. I decided fairly early on in my college career that I was going to work towards an MLIS and I also decided that I was going to attend the ISchool at the University of Washington. When the time for the application came, I went above and beyond to make myself an attractive candidate. I finished the application a full two months before the deadline, getting five letters of recommendations from teachers and employers. I wrote and rewrote my essays and went frequently to the ISchool advisors to try to find exactly what they wanted so I could include it in my application. I did not apply to any other programs at that time – I honestly didn’t see the point. The UW ISchool was going to be my graduate home, just as the UW English Department had been. I felt instinctually that everything was going to work out fine.

It didn’t. I was rejected from the ISchool. It was the first time I had been rejected for anything academic in my entire life and I was crushed. The rejection made me rethink all my plans for the future. Did I even want to go for a library degree if I couldn’t go to the UW ISchool? What was I going to do for a whole year until application time came around again? Should I give up? What was I going to do? It was a time of deep uncertainty and distress for me, and my rejection from the UW ISchool launched one of the longest and, to me, most important searches for information I had ever attempted in my life. 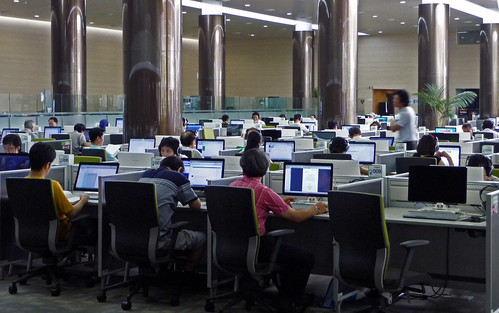 My first step was to decide if I still wanted to be a librarian. I had long conversations with my mother and my college advisors about the profession and even solicited people for their personal opinions of my personality and abilities: did they think I could make a good librarian? Did I have the drive to do grad school? Could they think of any other careers that might suit me better? In the end, I decided that just because the ISchool didn’t seem to think I’d make a good librarian, it was still what I wanted to be more than anything and I wasn’t ready to give that up.

I then began to search for information about my remaining options. Thinking that I had missed all the other deadlines for MLIS programs, I started to look for information about jobs or internships that I could do in the interim time before I could reapply. In the midst of the search, I went onto the ALA website to see if they had any resources I might find useful. In poking around the site, I stumbled upon their list of all the ALA approved programs in the country. I was saddened to find that there were no other programs in Washington State that were ALA approved; I was hoping to apply to multiple Washington State schools next time to improve my chances of getting accepted somewhere. While I was on this site, my mother told me about an article she had read talking about the proliferation of online MLIS programs that many schools were offering. In clicking through the schools listed on the ALA website I was amazed to find that many of the east coast schools had not yet closed their admission applications for their MLIS programs! In fact many of them had not even begun accepting applications! 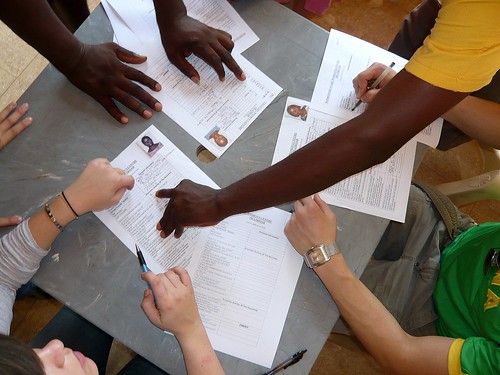 I went to every single school’s website that was listed on the ALA Approved Programs site. I weeded them down by first seeing whether or not applications were still being accepted. I then focused on schools with online program offerings. I had decided that I did not have the funds to make the move across country to any of the schools still accepting applications, so online programs became my focus. I continued to weed the prospective schools by which programs offered complete online programs (rather than just certain classes) and then began doing a more subjective information search of each of the programs offered. I sent emails to the schools still on my list, requesting information on their programs and admissions process. The kinds of responses I got helped me hone my search even further and a wider web search on each school for information such as reputation and student experience did the rest.

I decided to apply to three different programs: the ISchool at Drexel University in Pennsylvania, the University of South Florida MLIS Program, and the University of Kentucky MLIS program. The final step in my information search was to compile a list of the deadlines for each school and their individual admission requirements based on the information I gained from the contacts listed on the websites and the websites themselves.

This information saga represents the first time in my life I found myself in the midst of an information problem that had consequences that far outreached completing a project for a class or fulfilling personal curiosity. I felt the importance of these various information needs very deeply and my questions and uncertainties weighed heavily on me until I could figure out how to alleviate them with information. Examining this chain of information needs and information solutions in retrospect, it becomes clear that my information seeking behavior did not just influence the methods I used and the resolutions I ultimately came to, but that my behavior demonstrates many of the abstract notions of information seeking that are being discussed by the librarian community to date.