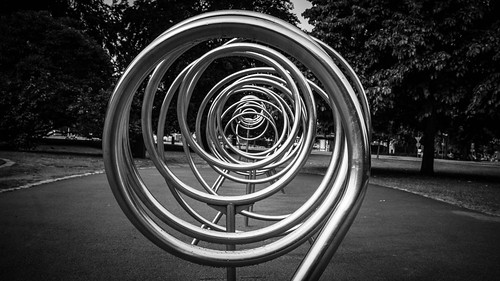 When the atom bombs finally went off, mankind had the audacity to act surprised. There was mass panic and chaos all across the globe. Some people took to the streets, running as if they could actually escape the destruction. Others stared stupidly and uncomprehendingly at the sky, mouths hanging open like gaping craters that pitted their features. A few of the more intelligent members of the race sought shelter, heading for basements, military compounds, any place they thought they had a chance of living through the holocaust.

Those who did weather the judgment day said that at exactly 11:59am, a terrible scream could be heard from every corner of the earth, all the voices of a once great people merging into one universal cry of dumb terror. It seemed as if it would last forever, as if it would rip the very plates of the ground apart. Clocks, oblivious to the impending doom of a race of creatures to puerile to save themselves, tolled out the hour of noon.

The screams were silenced. Sound itself supposedly stopped functioning. The world turned black, white, and a fiery, blinding red. The heat was tremendous. People melted to the ground before charring away into ash. Some were saved the agonizing pain of burning to death by the radiation. It pierced through the flesh like surgical needles, killing instantly, virtually painless. Anyone seven miles away from any of the thirty or so explosions suffered from first degree burns. Buildings were flattened as if they were made of playing cards. Millions, hundreds of millions, even billions of people were dead in a matter of milliseconds.

The nuclear fall-out that followed was quieter, calmer, but lasted far longer and killed almost as many. Radiation remained in the atmosphere for over forty years. Most of the original survivors died, poisoned or killed by others. Anarchy was the only government for half a century; survival, at any cost, was the only law.

Then, there was a day when the clouds of dust parted and the sun shined down for hours. The haze of ions dissipated. The next day, rain fell; good, clean rain. Grass began to grow again, soon to be followed by a great abundance of wheat. The world was healing itself, starting anew, shaking off the ashes of the human race.

The point is, people survived. Humanity was not wiped out into oblivion, a failed nation, destroyed by its own selfishness and ambition. They endured. Through acts of great heroism, selflessness, charity, they survived. When the fallout had finally ended, they stood together; defying the clear sky with their very existence, hugging their neighbors, settling on land, and for several blissful years, there was peace. Could it be that this horrible disaster had cleansed mankind of its vices? Was a lesson learned?

Man is a creature of habit. He cannot seem to understand his own offenses, nor even want to. Given rule over all other animals, God unfortunately forgot to grant Adam control over himself. It wasn’t long before this halcyon race began to grow jealous of each other’s land, grain, animals, mates. Person was pitted against person. The sins started slow, and they started small, but there was no way to hold back the natural way of man. Murder, adultery, theft – they were the perversions of choice. The human race fell back into its old ways. Soon a true government was needed again, laws had to be created. Cities grew once more on the ruins of their predecessors, with no knowledge gained from the past. The era of the new man grew dark; the only lesson remembered was that life was too short. Never has a phrase been so dangerous, so misunderstood as the way the new race decided to put it to use.