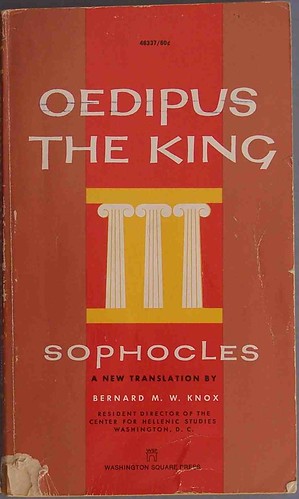 In Sophocles‘ play Oedipus the King, the title character fits all aspects of Aristotle‘s formula for the characteristics of a tragic hero. Oedipus fits the six qualities laid out by Aristotle perfectly, as if they had been molded for him. This is as it should be, given that Aristotle based many of his arguments as to what a true tragedy and tragic hero should be on Sophocles’ plays.

Oedipus is a morally good individual, even though he commits certain acts that a modern audience might find troubling. In the beginning of the play, when the people of Thebes are suffering, Oedipus makes it clear that the pain felt by his people is also felt by himself, and that he will do anything to alleviate their unhappiness. He is willing to do the right thing and help his people, rather than turn a blind eye to them. Also, Oedipus has a deep belief in justice. It bothers him to know that Laius’ murderer has gone unpunished all these years; indeed, it is the fact that justice has not been served in this matter which agitates him into action. A strong commitment to justice reflects a belief in the moral structure of right and wrong. Finally, at the end of the play, after Oedipus has discovered that he is the one to blame for all the cities troubles, instead of begging for mercy or forgiveness, he immediately demands that the curses he laid against the murderer should be inflicted upon himself. He shows that he acknowledges that the laws he has set down apply to everyone. Through his repeated shows of respect towards the laws of his society and his willingness to suffer under the penalties of these laws, clearly Oedipus does possess a deeply felt sense of morality. 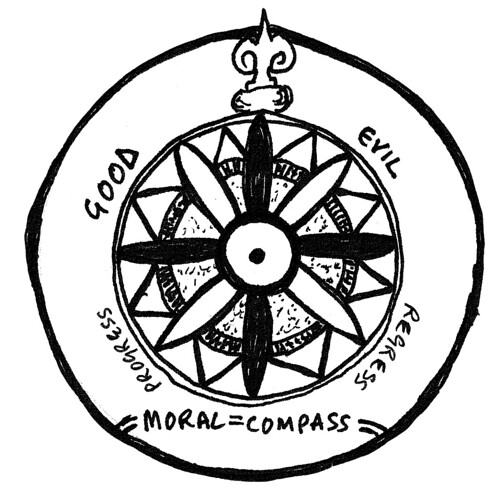 Oedipus is faithful to many character types. In trying to help his people, he fits the type of the good kind (i.e. he cares nothing for himself, just his subjects). There is a line where Oedipus expresses his respect and devotion to his wife, Jocasta, for being true to a loving husband. On the other hand, he is ready to take physical action against those who threaten him. When Tiresias suggests that he is the cause of the blight, Oedipus does not hesitate to threaten him with death. Aggression in the male type is expected. Also, he fits the character type of father. Even amongst all of his own pain, his greatest concern is for his children. A ‘father’, in the opinion of society, should be interested in his children’s well-being above his own at all times. His actions support the labels of all these character types, portraying him as a recognizable character to the audience.

Oedipus can easily be seen as a real person. Most of his speech is similar to how others speak, and he exhibits all the normal human emotions, including fear (when he begins to think he is the murderer), anger (when the prophet accuses him of the killing), and agonizing depression (when he finds the body of his wife/mother and stabs out his eyes). These acts are uncensored and gut reactions to the events happening around him. He responds with a human-like disregard for the distant future. These aspects of emotion and speech make it easier for the reader to accept the character as an actual person and invest themselves in what happens to him.

There is a definite consistency to Oedipus’ actions and motivations. For example, Oedipus is very quick to anger; first, at the blind prophet and then at Creon. Also, even with all the family turmoil that happens between him and Creon, when it is dying down he still wants to discover the identity of Lauis’ killer, just as he did before the argument. His response to these situations mirror earlier responses, making his actions steady and predictable. This predictability helps move the plot. As Professor Barbara McManus tells us, “In a perfect tragedy, character will support plot, i.e., personal motivations will be intricately connected parts of the cause-and-effect chain of actions producing pity and fear in the audience.” Oedipus’ consistent actions steers him towards his inexorable fate, while creating the necessary pity.

Oedipus is logically constructed according to the perimeters the play itself sets. In the beginning, even before anyone has spoken, the audience is told he has a tell-tale limp (as he would if he were the son of Jocasta and Laius). For an audience who was already expected to know the story of Oedipus, they would be looking for this physical deformity, which they already know he received as a child. Jocasta herself says how similar Oedipus is to her husband, a logically believable statement as Laius is his father, another fact the audience would have expected. These reasonable character traits reinforce the audiences’ belief that what is happening on stage really did happen, that Oedipus is a, or was a, real person.

Finally, Oedipus, while undoubtedly human, is idealized in the play. By past events, the audience is told how clever Oedipus has been, more so than anybody else, to have answered the Sphinx’s riddle. It is an amazing feat that no other ‘normal’ person was able to perform; only Oedipus had this ability. Also, Oedipus is held up by the people of Thebes to be their savior, a demigod practically. They revere him as they venerate no other person in the city’s history. These feats and admiration clearly show him as a unique and remarkable individual, making his fall from grace all the more shocking. 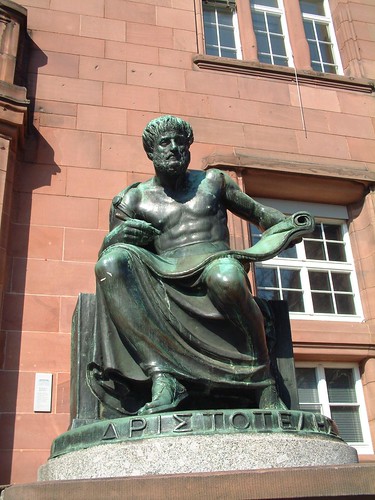 As the above examples have shown, Oedipus as a character is a perfect fit for Aristotle’s formula of characterization. As Oedipus the King was one of the world’s first tragic plays, it seems fit that all of our definitions of tragedy should come from this work.